This post concerns the concepts of “postfeminism” and “empowered consumers” and the practical application of such concepts to pieces of recently-published media. An earlier version was published on my New Directions in Media Studies course blog on 2/15/15.

In Sarah Banet-Weiser’s piece “What’s Your Flava?,” I was intrigued – and somewhat concerned – by one of Banet-Weiser’s main talking points: the creation of an “empowered consumer-citizen”. The “empowered consumer-citizen” who Banet-Weiser posits is created (or, at least, whose creation is attempted) through representational media: one’s identity becomes the source/center of one’s market value, and liberation/empowerment of that identity is exploit[ed] by commercial markets.” (Banet-Weiser 387) With the advent and growing importance of new media, Banet-Weiser argues that empowerment becomes inextricably linked with the corporate American/capitalist market. (Banet-Weiser 387)

My frustration with this notion originates in what I consider to be the incompatible relationship between empowerment/liberation of marginalized identities and consumerism and the tenets of capitalist economy. The claim apparently made by Banet-Weiser that the commodification of identity is a form of empowerment is a difficult one to substantiate, particularly when one takes into account not only the (definitionally apt) branding of movements like feminism and civil rights as “revolutionary”, but also the roots that oppressive systems like misogyny and racism have (and the traction those systems gain through) popular culture and media.

In order to demonstrate some of the problems I’ve found with Banet-Weiser’s concept of “empowered consumerism,” I will apply the term in the context of two recent purportedly-feminist advertising campaigns, as well as to the political/popular conversations that occur in response to acts of inclusion/moments of representation in the film and television industries in general.

This year’s Superbowl – an event known for the advertisements as much as the game itself – was the first to show a tampon commercial during the hours-long televised sporting event. The commercial asks a number of young adults to throw, run, and hit “like a girl,” then portrays a few young girls doing the same. You can watch the long-form commercial below.

The portrayal of (young) women in this ad is certainly a bit more radical in its representation than the postfeminist mindset might deem necessary (provided that we accept Banet-Weiser’s claim that postfeminism steers clear of the political agendas visible in most feminisms, and that its only demand that women be represented, plain and simple). It does, after all, go further than representation of women & girls: the ad also makes a political statement. At face value, this piece of media is certainly an attempt to empower the (female) consumer. But what is it, exactly, that this media empowers? In a word, consumption. The “empowered consumer,” in the case of the “#likeagirl” commercial, is not supposed to feel empowered in the sense that she feels like rallying against the patriarchal structures which made being “like a girl” an insult. She is  empowered to buy Always-brand tampons. If something else – something less “empowering” – was deemed more likely to sell the Always brand, then that “something else” would make an appearance in their commercials.

(note: there was a similar commercial made by Kotex a while back which made fun of tropes in other tampon commercials. It’s definitely funny, and certainly attempts to normalize/deglamorize periods to some extent, but I think it also speaks to a similar problem with the notion of “empowered consumerism.” The commercial appeals to [young/millenial] customers because it’s “ironic” and “meta,” but – again – only does so insofar as is necessary to sell the product it’s advertising.)

Another advertisement which speaks to some of the problems with Banet-Weiser’s notion of the “empowered consumer” is the recent series of commercials for Dove’s “Real Beauty Campaign.” The commercials first show a series of women describing their appearances to a forensic sketch artist. The women are all, every one of them, remarkably self-critical. The artist then sketches portraits of the women based on their descriptions of themselves. Next, a second series of people describe those same women to that same sketch artist, and he draws new portraits of the women based off these new descriptions. The descriptions from strangers, and their resulting sketched portraits, are much more flattering than the original subjects’ descriptions and sketches. You can watch the commercial below.

The initial takeaway from this commercial is that we, as women, are our own worst critics, but that we don’t need to be. We’re more beautiful than we think we are! And while this sentiment is a nice one which doesn’t lack a certain appeal, the underlying message of the ad is troubling: that it matters more what strangers think, because their perception of you is much more accurate and important to your self-worth than your own.

This is how this “feminist” Dove commercial sells its product: it markets itself as a champion of natural beauty but, all the same, “[t]he real take-away is still that women should care whether a stranger thinks she is beautiful. That’s not radical — it’s the thesis of every beauty product ad campaign ever.” (Keane) There is still a concept of “beauty” which needs to be met (by using Dove products, no less!), but the “empowered consumer” is tricked into thinking that Dove is saying otherwise. The falsity of Dove’s support of empowerment is proudly on display through its parent company’s commitment to racist and misogynistic products and advertising tactics. (Stewart) The “Real Beauty Campaign” advertisement – much like the other advertisements produced by Dove before this one – champions the postfeminist notion, explained by Banet-Weiser, of “representation as enough,” and of “consumer culture as a place if empowerment,” (Banet-Weiser 382), and does so by “[diversifying] the portrait of beauty without abandoning the concept altogether.” (Friedman)

These advertisements speak to the problems that this idea of “Post-Feminism” seem to create for women, for the women’s rights movement, and for those struggling to be informed and conscious consumers. With “postfeminism” (and its partner, “post-race”) comes the belief that misogyny (and racism) are no longer pressing matters: we have women and People of Color in films, television, and advertising, so clearly we have solved the problems which oppress them. I don’t particularly think that Banet-Weiser’s concept of the “empowered consumer” is a successful one, because “empowerment” is an experience and a feeling which is fundamentally incompatible with capitalist “consumerism”. Postfeminism, post-racialism, and the “empowered consumer” are all, it would appear, efforts to (falsely) assuage the anxieties felt by members of oppressed and marginalized identities without actually addressing the roots of the problems causing the oppression or marginalization. The “empowered consumer” as Banet-Weiser describes her thus fails to experience real, meaningful empowerment. The companies using these “empowering” narratives in their advertisements are using feminism to sell their product, but a true “empowered consumer” would demand that things be done the other way around. 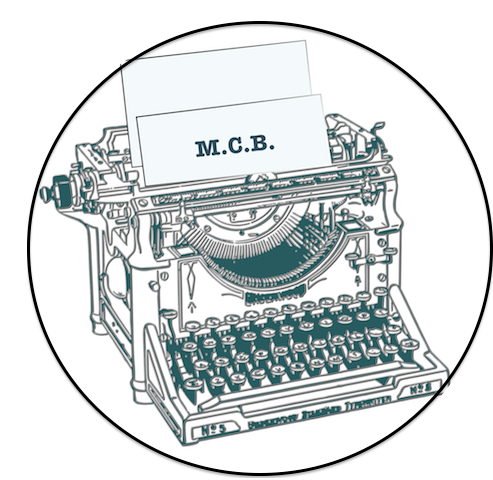